Honorary Supporters are those who are bridging gaps between faiths, eras and continents. Those who personify the universual value of equality of human beings in both rights and obligations.

Dr. Ian Hancock is a linguist, Romani scholar, and political advocate. He was born and raised in England, and is one of the main contributors in the field of studies. He is director of the Program of Romani Studies and the Romani Archives and Documentation center at the University of Texas at Austin, where he has been a professor of English, linguistics, and Asian Studies since 1972. 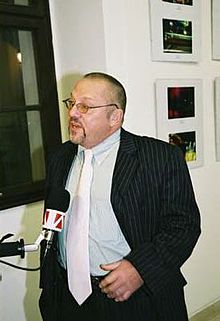 Hindu statesman who has taken up Roma, interfaith, religion, environment, and other causes all over the world. Read opening prayers in US Senate, various state senates and houses of representatives/assemblies, counties and city councils all over USA. Invited by President of European Parliament in Brussels for a meeting to promote interfaith dialogue. Panelist for “On Faith”, a prestigious interactive conversation on religion produced by The Washington Post. Bestowed with “World Interfaith Leader Award”. President of Universal Society of Hinduism, Senior Fellow and Religious Advisor to New York headquartered Foundation for Interreligious Diplomacy, Director of Interfaith Relations of Nevada Clergy Association, Spiritual Advisor to National Association of Interchurch & Interfaith Families, etc.

Günter Grass passed away on 13 April 2015 (see the blog on this site). We are grateful for the work he did. May his soul rest in peace!

Günter Grass was born in Dantzig in 1927. From 1946 he studied arts at the Kunstakademie Düsselforf and the Universität der Künste in West-Berlin. He was a member of the German group of writers known as group 47, whose aim was to inform and teach the German public about democracy after the Hitler era. In 1959 Günter Grass published The Tin Drum (Die Blechtrommel), his most famous work. He was awarded the Nobel Prize for Literature in 1999.

In 1997 Günter Grass established, together with his wife Ute,  the "Stiftung zugunsten des Romavolkes", in Lübeck, Schleswig-Holstein.

On 8 April 2011 Günter Grass decided to support the "Commemorating the Future Text" and with that our Artists' Initiative.

Juan de Dios Ramírez Heredia combines his work as a journalist and lawyer with the presidency of the Romani Union. Born in Puerto Real (Cádiz) in 1942, he has an extensive political career that began in 1977 when he was elected as a Member of the Parliament in the first democratic elections that took place in Spain. Until the end of the term, he held the following positions: Vice President of the Culture Committee of the Congress of Deputies, Vice President of the Parliamentary Control Commission of RTVE, acting president and he also was a member of the Committee on Foreign Affairs.

Monic Hendrickx is an actress born on the third of December 1966, in Steevensbeek, Northern Brabant in the south of Holland. She was the second daughter to Joep Hendrickx and Annemarie Bergmann. She has an older sister Ingrid and a younger brother Xander.

The family moves to Paramaribo, capital to Surinam, South America. That’s where Monic sees her first movie on the big screen. It was a Bollywood movie filled with singing and dancing and she thought it was magical.

When Monic is seven years old the family returns to a small village in Brabant, Deurne where she finishes high school 1984. In the same year she plays her first role, "little blue riding hood" in a school cabaret and she is in a girls' cabaret when people tell her: ‘You should do something with that... !’ After various jobs and courses she finds a safe haven to work and explore at the Academy for Drama in Eindhoven, where she graduates in June 1991. Since then Monic Hendrickx has always been on stage, television and in movies.

Monic fell in love with film-acting during her first leading role in "The Polish Bride" in 1998, directed by Karim Traidia. Leading parts in ‘Nynke’ from Pieter Verhoeff,  ‘The South’ by Martin Koolhoven, ‘Leef!’ by Willem van de Sande Bakhuyzen and ‘Nadine’ by Erik De Bruyn prove her versatility and courage.

Supporting roles such as in "Diep" and "de Uitverkorene" have immediately great depth thanks to her.

Apparently she switches shape effortlessly. From an Afghani refugee in "Unfinished Sky" to a politically engaged vintner in "Stellenbosch" to the cool gangster-mother Carmen in "Penoza". She can have the face of a film-star but also the familiar face of the neighbor. Just as variable is her voice. Hendrickx is a language virtuoso, who can act in convincing Polish, Afghani, Frysian or South African.

She won a lot of awards at home and abroad.

She already won The Best Actress Award three times at the Dutch Film Festival. In 2002 Monic played a main part in the feature film ‘Zus en Zo’ from director Paula van der Oest. This movie was nominated for an Academy Award in 2003.

Monic lives in Zaandam with Ralph with whom she has a daughter Javaj J Saroeni, born in 2001. In 2007 she founded Stichting Small Change, a foundation that supports children in a Township in South Africa. www.small-change.nl  Romani Culture has always fascinated Monic Hendrickx who is well disposed towards the Romani Nation. Prof. PhD Rajko Djuric was born on 3 October 1947, in Malo Orašje in Serbia.

- PhD, Faculty of Philosophy, Belgrade University - Thesis: Culture of the Roma in Yugoslavia.

-  Contributor of The Serbian Academy of Sciences and Arts (SANU) contributor (Language and Literature Department, Department for Social Science). SANU has published his book with the scientific commentaries "The Roma Riddles"  and several scientific works in the SANU collections.

- Author of the unit: The Roma, in the Encyclopaedia: "Prosveta", Belgrade; JLZ, Zagreb

- Co-author (with the serbian writer Sveta Lukic ) of the drama "History of disease";

- Co-author of the drama "Zoran Djindjic" (with Zlatko  Pakovic).

- Ironworks "Sisak" Award (together with Danilo Kis and Radomir Konstatinovic).