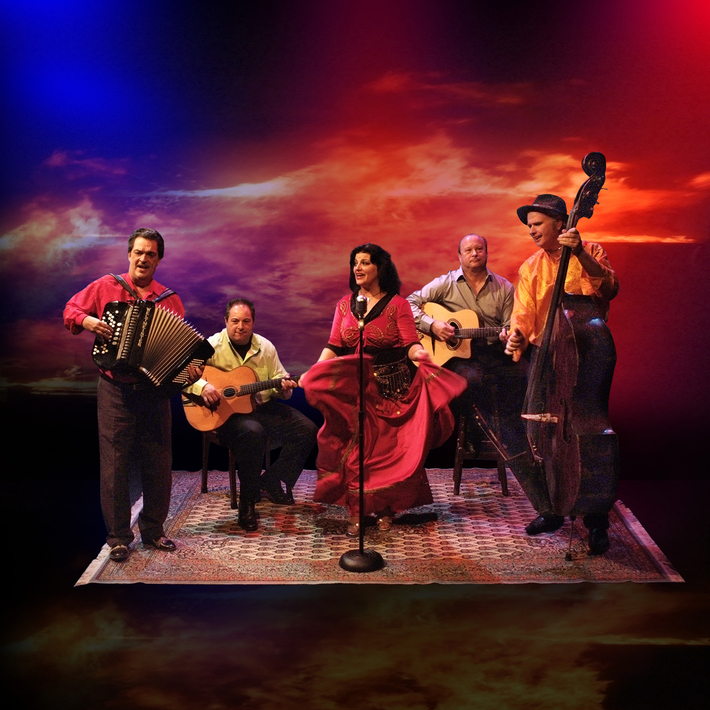 TABOR Gypsymusic has not received any gifts yet

Who invited you ?
els de groen

The Gipsy-ensemble TABOR is keen on authentic Gipsy traditionals and, of course, on the gipsy swing in the tradition of the world famous guitarist Django Reinhardt. Who might perform his oeuvre better than Sinti-musicians themselves? All of them are deeply rooted in the musicians and artists families of old in the Netherlands and in Germany. Their music is passionately interpreted by TABOR. On stage this results in a mixture of heath, compassion, nostalgia about the past, resistance against bourgeois conventions as well as against the disappearing respect for each other in terms of culture and identity.

On their latest cd called ‘O’dchipen’ (meaning ‘Life’ in the Romani-language) the expanded gamut of Sinti- and Roma-music was explored. Their bright new album ‘Teli Lichta’ (‘Underneath the Light’) leaves no doubt about their roots and aspirations. All songs are personal compositions and texts, sung in the Romani-language of the Sinti – in ardent up tempo, as moody ballads or with jazzy swing, warm blooded Latin or with melancholy, paying tribute to the Portuguese Fado.

With respect to content the songs pass a message of diversity and identity, in a plea for (re)enforcement of the cultural heritage of the Sinti and Roma – all too easily passing away against the pressure of globalization and digitalization. TABOR fights passionately against the fading out of cultures, in favor of the ethno-musical heritage of the Sinti and Roma.
TABOR, all in all, possesses an energetic charisma and is a much sought-after ensemble, showing up at Liberty Festivals (5th of May), the International Gipsy Festival, folklore spectacles with their cheerful and festive sound and dynamic presentation.

Romane Romnja:
What were the reactions you have receive on the Romane Romnja Award 2012 as cultural ambassador?
Culture Ambassador Piroschka Triska:
The reactions…
Continue

Tabor and Sinti Music are friends and remain friends! We work together towards a better world for all people. Khetanes can help us and we support Khetanes.