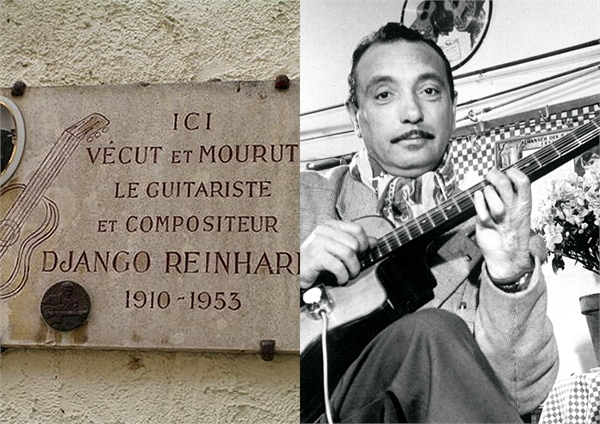 If we want to talk about Gypsy Jazz or Jazz Manouche, we must first pay attention to the great influence of Jazz Music throughout the 20th century.

Notebly after the First Worldwar Jazz, starting in America, began to develop  the way we know it today: Music with European and Afro-American influences that was always able to record Folk Music Traditions on one hand and to renew Contemporary Music on the other.

First of all Jazz was played by Afro-Americans in the south. While many Jazz Musicians travelled from the south into towns in the north, mostly to New York, Jazz was discovered by the white American audience and young devotees like the Jewish clarinet player Milton Mezz Mezzrow (9. November 1899 - 5. August 1972). 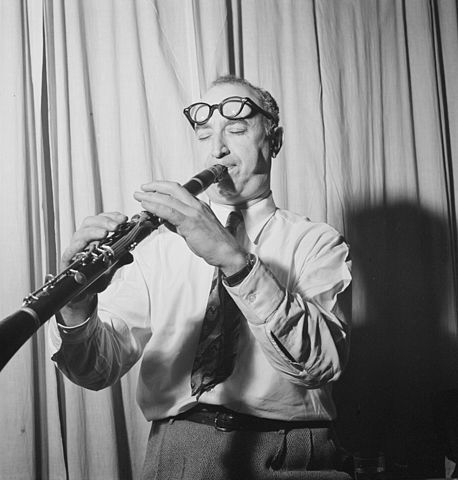 Later Mezz Mezzrow went to Paris and during the years that followed, many Jazz Musicians should do the same. Finally in Paris, Jazz was discovered by a young talented Sinto called Django Reinhardt and his good friend and partner Stephane Grappelli.

Django Reinhardt, born on 23. January 1910 in Liberchies, Belgium as Manouche (French Sinto) had mixed Musette, Sinti Music and of course Jazz to a truly new Sound, which he had especially cultivated with the Quintette du Hot Club de France (1934 – 1938) .

Jazz Manouche was born, a Music Style that offered the Sinti People in Europe a perfect expression in music and therefore a new self-awareness.

Till today, many musicians followed the footsteps of Django Reinhardt and introduced his musical heritage into our days.

Other Guitar Players of the 20th century like B.B. King have also been strongly influenced by a Sinti Guitarist born over a hundred years ago.

We can't describe definitively how much Django has influenced the Modern Jazz and Modern Music in general!

IOAN STREBA: a French/Romanian Jazz musician, praised for his wonderful music on the clarinet:

Romanian clarinetist Ioan STREBA plays a tribute to Benny Goodman with his band the Gypsy Follies.
Like anyone else he rediscovers this classic under new colors and accents coming from his gypsy culture and slavic tradition.
Thanks to his arrangements and a unique and subtle interpretation he offers a surprising and original blend of two cultures and styles.
He introduces traditional Rom's instrument like the cymbalum instead of the vibraphone that Lionel Hampton used to play back in the days.
In addition there is the presence of two dancers on stage evolving separately before joining their styles in full symbiosis .
Better than a concert , a real show ! If anyone can love listening to different styles of music, not any musician can make a talented and personal mix of them. You will hear from this CD that the man is gifted and open to exploration, always motivated by a great curiosity and an appetite for creation.

Ioan Streba  is part of the very  few  musicians who can make any  music their own. Born in Romania, traditional music opened his mind to something very personal: energy, romanticism, eloquence are part of his world of virtuosity. As a matter of fact, his music plays hide and seek with jazz, swing, bop, funk and gypsy scales, and this is for our great pleasure! Backed by a band who is attentive to his talent, he is leading a very original and multi influenced project.

Far from the use of all the usual lines and numerous notes to impress and intimidate any listener, this recording is the proof of a great sense of maturity in terms of technique and aesthetic qualities. One can only fall in love with the music written by this clarinet virtuoso who can also record numbers from Michael Brecker, Chick Corea or John Coltrane as well as have a duet with Bireli Lagrene.

This is a revelation of a peculiar musician with many influences!

We congratulate IOAN STREBA on his magnificant success as a player and teacher of the clarinet!