Under this tab, you will find interesting news on art, culture, history and media, gathered by: Wout J. van Vloten. Wout is also editor of the World Artists Initiative "Khetanes" page on Facebook. Articles published here can also be found on his Facebook page or on the Khetanes page on Facebook. We Are The Roma !, One Thousand Years of Discrimination... by VALERIU NICOLAE (Seagull Books London, 2013)

The Roma or Romani people, commonly called gypsies, comprise one of the largest ethnic minorities in the European Union, with significant populations in the Balkan Peninsula as well as Spain, France, Russia, and the Ukraine. Persecution of the Roma dates back to the Byzantine Empire, when many were enslaved. The violent discrimination - being burnt alive, having homes destroyed and children stoned - and ghettoization of their communities continues even today. Despite EU legislation designed to protect them against racism, blatant and persistent persecution continues, both in newer member states such as Romania, Bulgaria, Slovakia, and Hungary, and in countries at the heart of the EU. And despite the EU's stated commitment to human rights, country or official body has taken up the case of the Roma and strongly argued for their protection and integration. In this powerful and well-argued book, Valeriu Nicolae, himself a Romanian Roma, gives voice to the Roma cause, offering a precise and candid look at their current situation. In doing so, Nicolae also provides insightful ideas for what can and should be done to stem this long-standing and cruel intolerance. We are the Roma! brings to light an important and often over-looked ethnic discrimination in Europe and tells a story urgently in need of telling.


Valeriu Nicolae packs one thousand years into one hundred pages in this bracing manifesto for the 21st Century, covering racism, identity, mass media, slavery, ghetto life, affirmative action, social inclusion and much more.
This entire text is an urgent, forcefully-argued polemic from Nicolae who has long since abandoned the international Roma conference and advocacy circuit to dedicate his waking hours to working with children and young people in Ferentari, one of the worst ghettos in Bucharest-RO. And some of the most compelling pages in this book are those which describe, in direct and unadorned prose, the utter desperation and bleak poverty that disfigures the lives of so many of the European Union's youngest and most vulnerable citizens.
The acute deprivation in Ferentari and other ghettos no doubt fuels Nicolae’s outrage at the vast sums unwisely spent to little effect on short-term projects, trainings and conferences. And
neither is there any doubt that his broadsides aimed at sclerotic ethnic elites, uncaring governments, obtuse bureaucrats, and myopic funders will ruffle feathers. So be it - Nicolae makes the convincing case that after ‘one thousand years of discrimination,’ our Roma fellow-citizens simply deserve better when it comes to respect, dignity and inclusion, and duty-bearers who fail to fulfil their duties need to be called to account.

In response to the question?' Nicolae has plenty to say that makes much sense, but his quote from Lilian IGNAT, a Roma from Caransebes, should be nailed to the door of every mayor, every bureaucrat and every Eurocrat's office:
"We are the ones who have to go through schools where teachers and pupils think we are scum; we are the ones who have to deal with anti-Gypsyism and self-loathing as children and adults alike. We have to try out our ideas and practice ways to deal with multiple conflicts from within and outside our communities ..... All of us need to change, not only us, the Roma. We want help but this help should be on our terms and not focused as it is now on assimilation." ( by © by Bernard Rorke )

Contents:
The Roma Identity Delusion
So Who Are the Roma?
Symbols of Identity: Land, Language and Culture, Not to Mention Flags and Anthems
Ghetto Identity
Reactive Identity
Roma Nationalism
Roma Identity: What the Majorities Want
The Role of the Mass Media: Romania
Media in Italy
Should the Roma Solve Their Own Problems ?
Affirmative Action and Existing Opportunities for Roma Representation
Social Inclusion: A Challenge for Europe
Where Do We Go from Here ? The Case of Dumitru G. 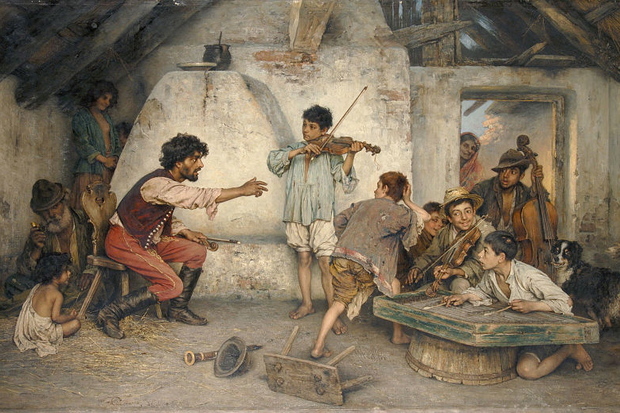 Too Little, Too Cheap.....by Valeriu Nicolae

...Education has often been cited by the EU as the path towards Roma integration. But the problems run deeper than a lack of training. And unless the EU abandons its shortsighted and misguided policies, change will remain a lofty ideal....

Valeriu has written and published extensively on Roma issues and human rights. He regularly presents papers at international conferences and conducts training seminars on human rights, advocacy and communication skills, including for Aspen Institute Romania and World Vision. He is a regularly invited lecturer for Amnesty International and many universities and intergovernmental institutions. In 2005, in partnership with DiploFoundation, Valeriu developed and ran the Roma Diplomacy capacity development programme for Roma professionals that gathered some of the most promising Roma human resources in Europe.
In recent years Valeriu has dedicated a good part of his time to working with schoolchildren in Bucharest’s worst ghetto, together with colleagues from the Policy Center for Roma and Minorities. The Center is trying to develop alternative educational approaches for children at high risk, and community development initiatives with very vulnerable groups. The Center has receive a number of prizes for its work in this area, including in 2012 the UNICEF prize for best Sports and Education practice at the Beyond Sports Awards in London.

Valeriu NICOLAE (March 2015):...No accountability....The case of the Roma social inclusion in Europe...
...The main stakeholders currently involved in Roma social inclusion continue to struggle to define clear and distinct responsibilities, or simply avoid them. Ahead of this year's European Roma Platform, Valeriu Nicolae calls for systemic change that addresses key issues of anti-Gypsyism and multi-stakeholder cooperation.......
...The European Roma Platform taking place in BRUSSELS on 16-17 MARCH (!!!) is in this regard a very pleasant surprise. It puts two fundamental topics high on the agenda: addressing anti-Gypsyism, and multi-stakeholder cooperation. Both require much better coordination, the attention and help of everybody involved. Unfortunately, without first achieving accountability, institutional mechanisms and funding reform, progress on anti-Gypsyism and multi-stakeholder cooperation may prove unrealistic if not impossible.........
http://www.eurozine.com/articles/2015-03-12-nicolae-en.html

KHETANES SENDS ITS CONGRATULATIONS TO LUMOS AND TO SARAH HALL! 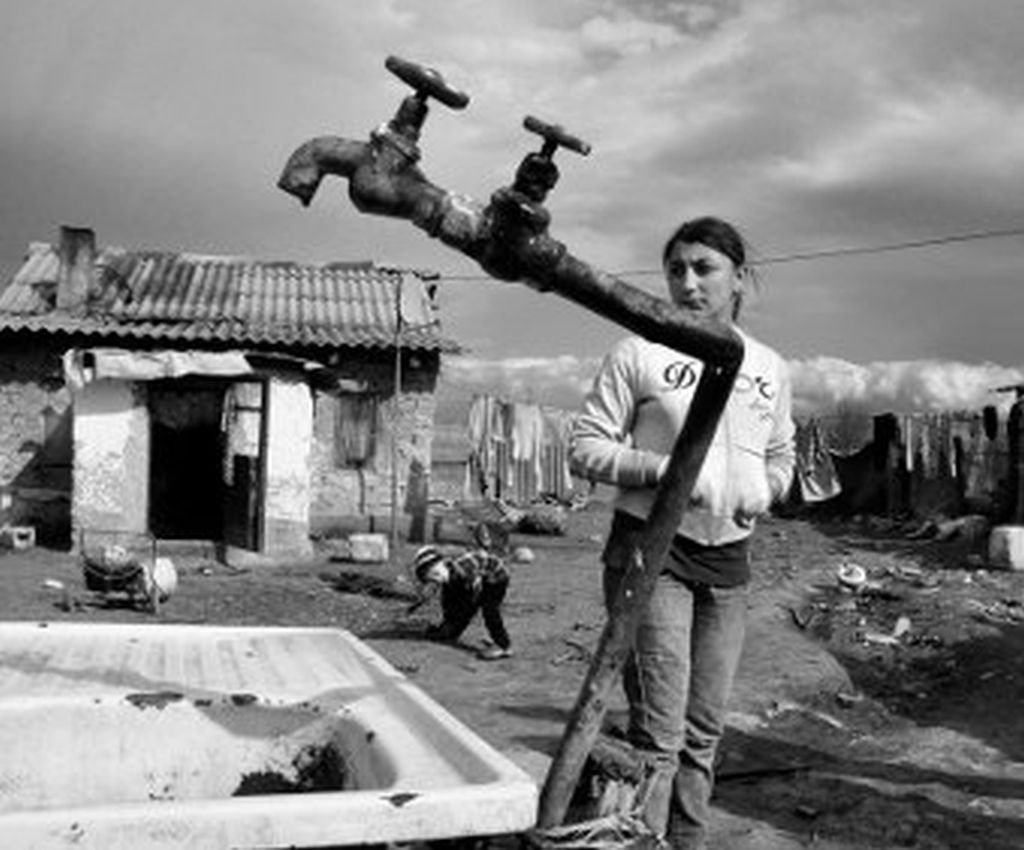 Why plans for a European Roma Institute might be a setback for Euro...

The Council of Europe has announced a joint-initiative with the Open Society Foundations (OSF) to establish a European Roma Institute (ERI). Yaron Matras writes that there is a danger the ERI could have negative consequences for academic freedom in the area of Romani studies. He argues that as the endeavour is guided by the philosophy that self-ascribed ancestry should override formal qualifications, the ERI could end up marginalising the study of Romani culture rather than affording it the respect and rigour that it deserves..... 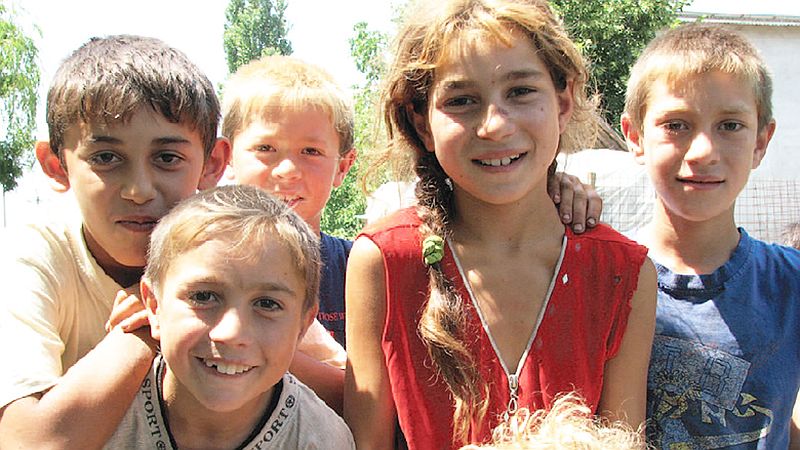 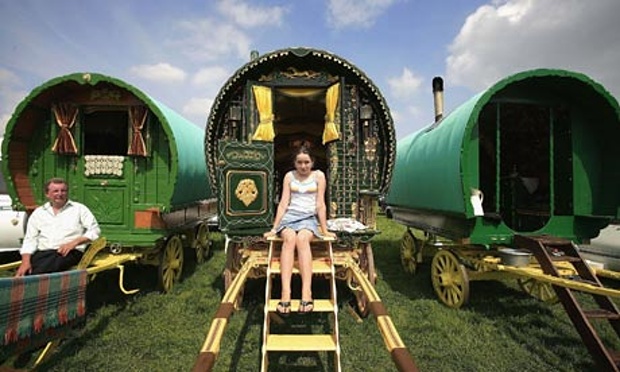 Every Gypsy and Traveller caravan site in England mapped and listed...

The number of Gypsy and Traveller caravan sites across England has risen slightly with the East of England recording the highest number of sites. Find all the sites mapped by local authority 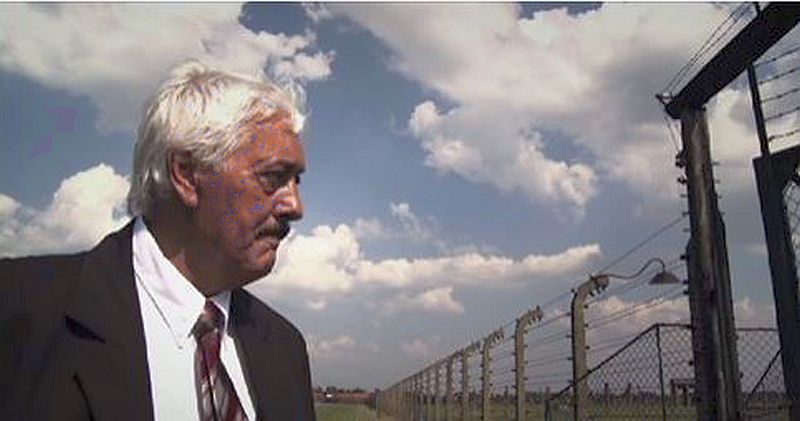