This information was released to many Romani informational new sites. Please read the introduction and the letter below. You may follow the link in the instructions to sign the letter. You may print this letter or write one of your own, but if you wish to sign the joint letter, the deadline is July 16.

As you probably know, August 2-3 is the anniversary of the genocide of Roma and Sinti at Auschwitz by the Nazis. US Senator Ben Cardin has already sent President Obama a letter asking him to make a public statement commemorating this tragedy. Senator Cardin also asked the President to appoint Dr. Ethel Brooks (CV attached) to serve on the US Holocaust Memorial Museum Council.

We would like to reinforce Senator Cardin’s letter and believe that a joint letter to President Obama from Europe- and US-based organizations and activists that are committed to improving the lives of Roma would send a strong message. We have drafted the attached letter for your review. The Open Society Foundations will sign the letter and we would hope to add as many signatures from both sides of the Atlantic as possible. We will collect signatures until Wednesday, July 16. The letter will be sent to President Obama on Thursday, July 17.

Please let Andy Haupert (andy.haupert@opensocietyfoundations.org) know if you or your organization would like to be a co-signer by the July 16 deadline.In addition, please share this with other organizations and individuals that may wish to show their support.

We, the undersigned NGOs, Romani individuals and other individual activists working for the promotion of Roma integration in Europe, are writing in support of Senator Cardin’s letter urging you to make a public statement commemorating the Nazi genocide against the Roma and Sinti and appointing Dr. Ethel Brooks to serve on the U.S. Holocaust Memorial Museum Council.

Senator Cardin’s letter already laid out the historical facts of the fate of thousands of Roma who were killed at Auschwitz.  Although the numbers are not known with certainty, hundreds of thousands of Roma were annihilated during World War II.  Unfortunately, awareness of the impact of Nazi crimes against Roma in Europe remains low.  As Senator Cardin notes, anti-Roma racism remains a constant feature of daily life for most Roma.  Even European politicians at the highest level continue to repeat the stereotypes about Roma promoted by Heinrich Himmler, the mastermind of the death camps, in 1938.  A statement from you can be instrumental in bringing this history to the forefront of public consciousness and encouraging a more positive public discourse.

We echo Senator Cardin’s call to name Ethel Brooks to serve on the U.S Holocaust Memorial Museum Council. Dr. Brooks was a public member on the US delegation to the OSCE’s Human Dimension Implementation meetings in 2011 and 2012.  She maintains close professional contacts with many of us in Europe and the United States, and her personal story is an inspiration to us all.

Thank you, Ciuin! You can add my name and I'll follow the link. BAXT, Tina B

Thank you, Tina! The official support by Khetanes has been sent to Andy Haupert! 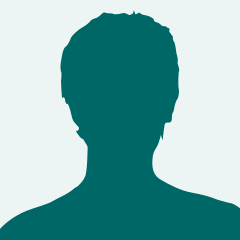 Recently, at the University, a student expressed her thoughts on the Holocaust.The class was discussing a mass grave found in what is now a city park but at the time of the Holocaust, the park was located in the woods. The debate raged in the town…Continue

This information was released to many Romani informational new sites. Please read the introduction and the letter below. You may follow the link in the instructions to sign the letter. You may print this letter or write one of your own, but if you…Continue

What interests and/or programs are out there?

Do you have a program you are working on or already presenting? Do you have materials another group can use? Do you want to join a group that is working on a program? Let everyone know what you are doing so we can bring the right people together for…Continue